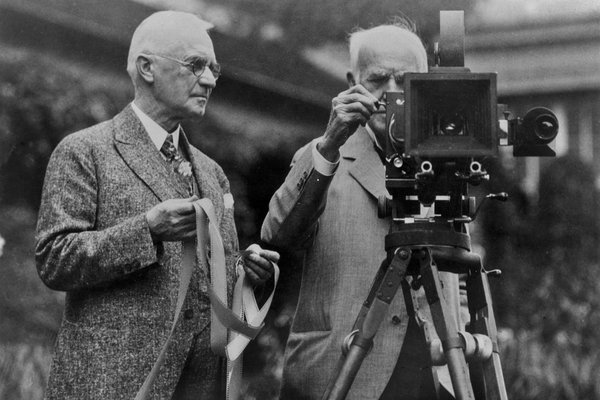 George Eastman, left, with a fellow inventor, Thomas Edison, in the late 1920s.

George Eastman bought a camera in 1877 and paid someone to teach him how to use it. Then he found an easier way. First he replaced the wet-plate process, in which photographers had to cart chemicals around, with a dry-plate system, so they could just take along Eastman’s precoated glass. Then he replaced the glass plates with paper film, leading to the simpler camera called the Kodak. 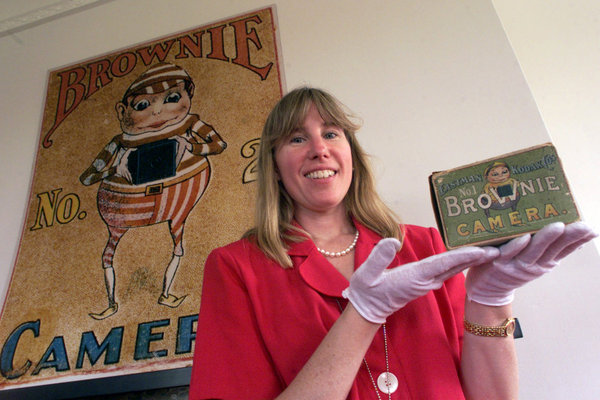 In 2000, Kathy Connor, a curator of the George Eastman Collection, displayed a $1 Brownie camera, still in the original box.David Duprey/Associated Press

The Kodak was relatively expensive, so Frank Brownell of Kodak gave the world the Brownie camera, a boxful of visual memories for only $1. The name was taken from a storybook character to appeal to children. 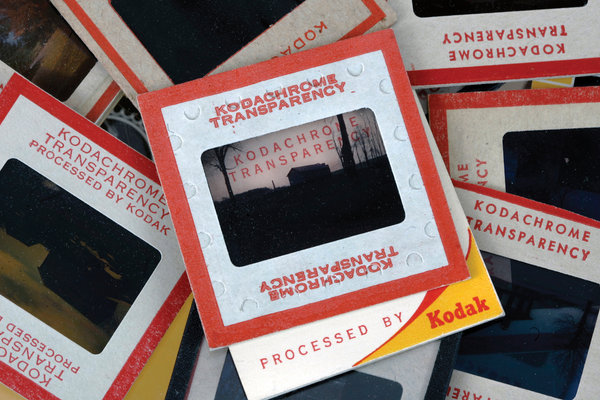 Kodachrome, the first film to effectively render color, was an instant hit and had its heyday in the 1950s and ’60s. Kodachrome was favored by still and movie photographers for its rich but realistic tones, vibrant colors and durability. Unlike other color film, Kodachrome was purely black and white when exposed. The three primary colors that mixed to form the spectrum were added in three development steps rather than being built into its layers. 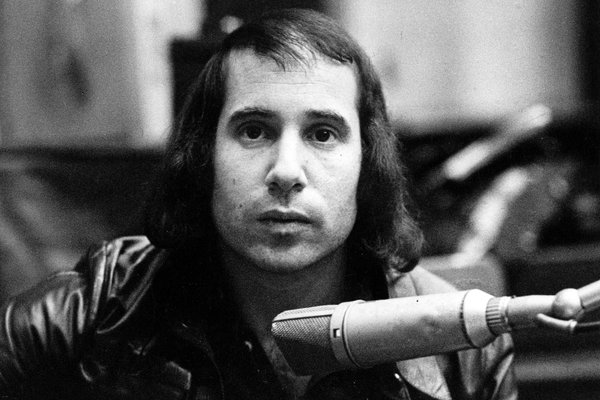 ”Makes you think all the world’s a sunny day,” Paul Simon sang in his 1973 hit ”Kodachrome,” which included the plea ”Mama, don’t take my Kodachrome away.” 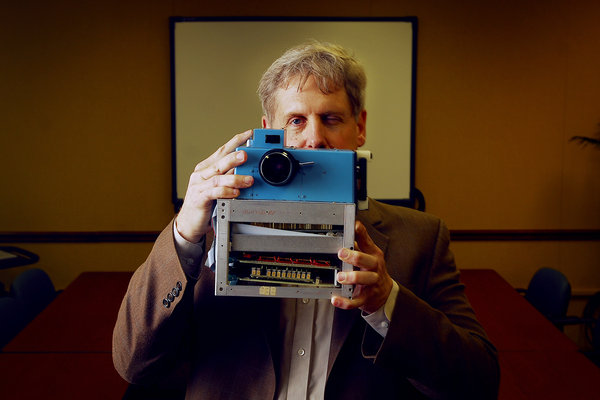 Steven J. Sasson, an electrical engineer at Eastman Kodak, created a digital camera, much to management’s dismay.James Rajotte for The New York Times

Steven J. Sasson, an electrical engineer who invented the first digital camera at Eastman Kodak in the 1970s, remembers well management’s dismay at his feat. “My prototype was big as a toaster, but the technical people loved it,” Mr. Sasson said. “But it was filmless photography, so management’s reaction was, ‘that’s cute — but don’t tell anyone about it.'” 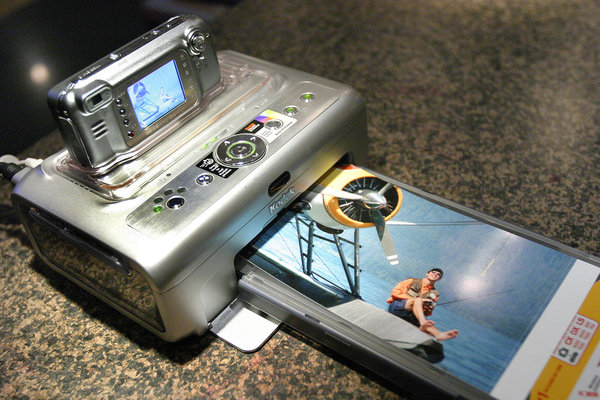 Kodak’s LS 753 digital camera, on an EasyShare dock that prints photographs without a personal computer.Michael J. Okoniewski for The New York Times

The company introduces what it says is the first digital camera able to send high-resolution images without connecting to a computer. The EasyShare-One camera allowed users to share pictures online or by e-mail. 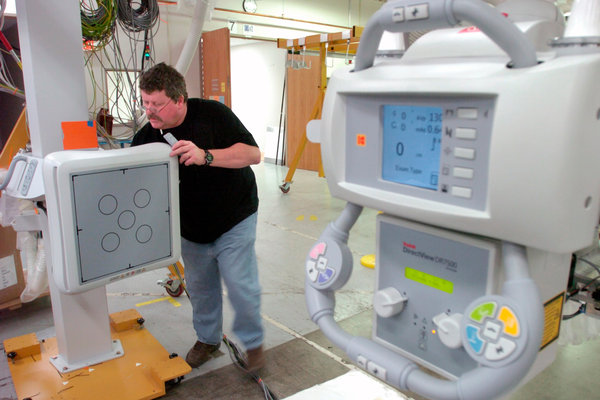 The company says it will sell its X-ray film and medical imaging equipment operations to an investment company, Onex of Toronto, for $2.35 billion in cash. Unlike Kodak’s consumer film business, which rapidly collapsed as many photographers switched to digital cameras, X-ray film sales declined more slowly and the unit remained profitable. 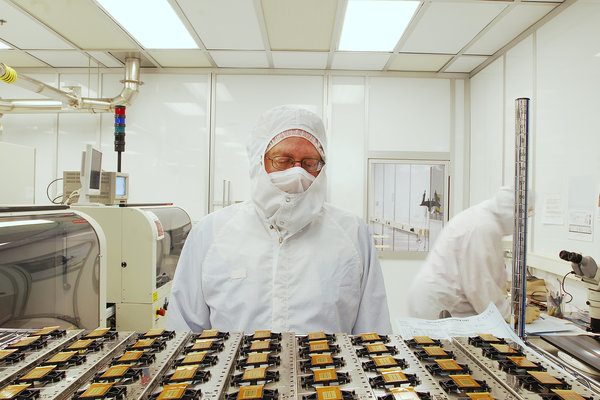 Allan Camp, a technician at Kodak’s inkjet development center in Rochester, works on the development of print heads for printers.James Rajotte for The New York Times

Kodak introduces Stream, a continuous inkjet printer that can churn out customized items like bill inserts at extremely high speeds. 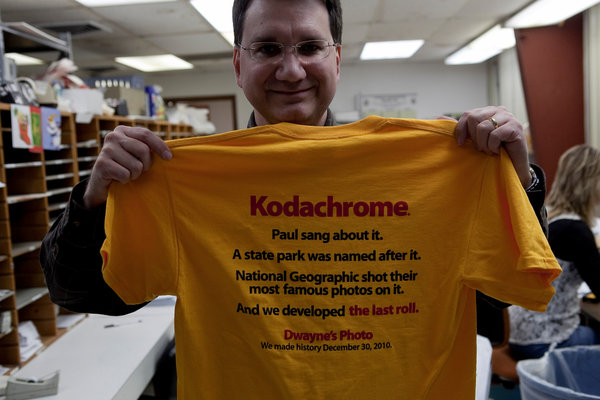 The last processor in the world of Kodachrome, the first successful color film and still the most beloved, is shut down in Parsons, Kan., to be sold for scrap. Kodachrome rewarded generations of skilled users with a richness of color and a unique treatment of light that many photographers described as incomparable even as they shifted to digital cameras.

We were created in 2016. Super Plastronics gained the exclusive brand license to sell Kodak TV in India.. Holding the exclusive licensee in India, SPPL gradually escalated its innovation from CRT TVs to Smart LED TVs. Today, we are one of the leading Made in India brands that manufactures smart TV ranges to fulfil consumers’ needs and fit every pocket. We take pride in being the first Indian TV brand to officially partner with Google for Android, to bring Indian manufactured and affordable smart TV Range with Android 9. Our mission is to make day-to-day life easier in every space by bringing people-friendly technology perfect for entertainment, work, and learning. With the vision of putting India on the global map as the leading smart TV manufacturers, we constantly innovate to bring in a patented technology that’s at par with international standards, for Indian consumption.

Login to Kodak
Reset Password
Enter the username or e-mail you used in your profile. A password reset link will be sent to you by email.